The introduction of digital hailing taxi services changed the face of taxi transport in Nairobi. Despite being 5 years old there are lots of challenges facing the sector. Some include rude drivers, violent drivers and some who are inflating ride estimates. There is also a tendency of Kenyan Taxi Drivers who are rejecting Cashless Ride Requests as I have experienced it first hand.

Uber first launched in Kenya in 2015 and has never looked back. The competition quickly followed suit with other entrants such as Safaricom’s ‘Little Cab’ and Taxify, which renamed to ‘Bolt.’ They remain the most dominant players in the Nairobi region. There is also a motorcycle option with players such as ‘Safeboda’ dominating the category while Uber and Bolt are also offering similar alternatives. In other towns in Kenya such as Nakuru and Eldoret, there are localized equivalents namely ‘Wasili’ and ‘Safiri.’

The primary payment method of using a taxi is cash and digital apps are not an exception. However,  the digital age provides for credit/debit card payment as well as Mobile Money (Mpesa). Customers are at liberty to choose their preferred payment method and request a ride. The availability of several payment options is to cater to every kind of customer. Business accounts such as Uber Business provide a dashboard where all company rides can be tracked and cashless payments are advantageous. Cashless payments are also beneficial for tourists in new countries and they might not have enough local currency.

To bring in more customers, the taxi players are always incentivizing their customers with promos when using their services. For example, in January 2020, there was a 50% discount on all rides on Bolt in a bid to attract customers. However, this promo had a catch; it was only for in-app payments i.e. Mobile Money and Credit/Debit Card options. Those paying cash had to contend with paying the full amount. I took advantage of this and enjoyed the discount throughout the month lest for four occasions where my ride requests were turned down. I was using my credit card for all of my rides.

On each of these four occasions, the driver noted that they don’t accept card rides. Being the curious cat that I am, I decided to probe further and find why. One of the drivers noted that the concept of cashless payment did not make sense to him and he would not pursue it further. Another driver noted that card payments were paid by the company on a specific day and he wasn’t patient enough to wait it out. The third driver I interviewed pointed out that cashless payment was full of cons and he did not trust it one bit. Contrasting it with developed regions where cashless systems are the order of the day, Brett Scott argues in his article that the efforts made towards cashless society are a form of ‘nudging’ and he equates it to classical Marxist ideas of ‘hegemony’ by Antonio Gramsci. Antonio notes that powerful institutions can condition the cultural and the economic environment and make them feel like it is a natural and inevitable situation hence adopt it.

In those four encounters, I am convinced that there is a problem with cashless payments, and digital taxi services are not an exception. In terms of security, it should not worry about the drivers as these forms of payments ensure the highest standard of safety. Trust is a big challenge in the developing market and there is a need for all businesses who accept cashless payments to sensitize the general public on the advantages of cashless payments. With Mpesa, there is an agreed consensus about its safety and usability on digital taxi services. Drivers have no problem accepting Mpesa based requests. In one of the rides throughout the month, I sought to understand if there was any other issue that could explain the resistance. Another driver noted that most drivers need money instantly so that they can be able to fuel and service the car and sometimes, when a ride is requested, they accept or reject it based on the type of payment to be used. With the money obtained from the trip, they can fuel the car for the next rides which begs the question, Is digital hailing taxi service a profitable venture? That’s a story for another day.

What are your thoughts on cashless payments when using a taxi? Has your request ever been turned down based on your payment method?? Let’s discuss further. 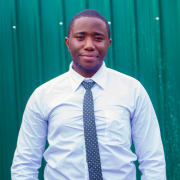 A Discussion On Video On Demand Services Kenya: Will They Succeed?

Zuku launches free email for its clients; is it realistic in 2019?